I see the blood on the leaves

I'm reading about so many foul and disgusting things that white people did to Aboriginal people when they first arrived in the Northern Territory.

It's kinda unbearable and makes it starkly clear that white Australia has blood on their hands. 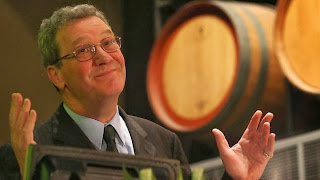 And the names that come up in the history books! The one I'm most surprised at is former Foreign Affairs Minister Alexander Downer's grandfather, Sir John Downer, who was premier of South Australia and a lawyer (and has a suburb in Canberra named after him). John Downer "played an active role" when "successive South Australian governments masterminded, condoned, or concealed the violent dispossession and oppression of Aboriginal peoples in the Northern Territory to 1910" (Roberts 2009: 22). And don't be fooled - the violence and atrocities that white people carried out on the frontier is not something buried. It's in government reports, newspapers, memoirs and diaries, letters of officials, the research of many historians and in the oral histories of Aboriginal people. John Downer and other government officials could not have been ignorant of what was happening.

And it wasn't just as a politician that John Downer played a role this history. As a lawyer, he defended William Willshire, who stood trial for the murder of two Aboriginal men, shot while they slept. Willshire who, after the murders, "then had breakfast before burning the bodies a short distance away - all of this in front of witnesses" (Roberts 2005: 134) was acquitted and returned to police work in the Victoria River District after his acquittal. There is nothing about Willshire's legacy that indicates he didn't commit atrocities. Even his official biography points out his "boastful sadism", "racial triumphalism" and that "he was contemptuous of Aboriginal lives and culture, and condoned female exploitation" (Mulvaney 1990).

There's so much more to say about all of this but I just don't know where or how to start. Or where to stop.

I’m reasonably familiar with Urapunga, though not many Australians – nor even Territorians - are. It’s a little community of 80 or so people about half an hour’s drive from Ngukurr. It’s nestled between the two big river crossings – the Wilton and the Roper. I used to go there once or twice a week in 2006 and 2007 to help Hannah and Hazel run Ngalakgan classes at the local school. It’s a great little tight-knit community, built, as many remote communities are, on the site of a former pastoral station.

A few years ago, I was wasting time on Google Maps, looking at Ngukurr and surrounds, curious to see how well they’ve mapped probably one of the most isolated-but-populated areas on the globe. And I found something rather weird when I scanned over the map of Roper Bar crossing. There were these faint gridlines superimposed on the map that made it look like a neat little town was about to be build on the banks of the Roper. “That’s weird”, I thought. “I hadn’t heard of anything about to be built there. Surely it’s a mistake”. Was someone really planning to subdivide a parcel of incredibly remote land with little more than a road and a river nearby?

I didn’t think much more about it, but a few years later, I learned it wasn’t a mistake. I was, however, mistaken in thinking that someone was going to build something there. The reality, I found out, was that someone had the bright idea of building a little township there over 120 years prior. Bizarrely, the “Township of Urapunga“, had been gazetted and proclaimed by the South Australian Government on March 17, 1887! That’s more than twenty years before the Roper River Mission even existed.


Even more bizarrely, when I read about the 1887 proclamation of Urapunga, I learned that nine of the blocks had even been sold! Howard Morphy described the ludicrousness of the situation very well:

The township of Urapunga only ever existed on the books, in the surveyor’s plans, in the lease granted, and in the nine housing blocks sold and still presumably owned by the descendants of some enterprising Victorian. If any of the purchasers ever visited Urapunga they left no record behind, nor was any work ever carried out on the township. Indeed as far as Roper Bar was concerned the township of Urapunga was to have as little impact on the land as a game of monopoly has on land values in Mayfair. The township of Urapunga was drawn up in abstract at a distance, divided into the grid system favoured in the planning of colonial cities, a miniature version of Melbourne and Adelaide (Morphy 1993: 218).

This mysterious, 126 year old version of Urapunga isn’t even where the present day Urapunga is. It’s a few kms upstream and on the opposite side of the Roper River. But there’s another weird aspect to this, in what my friend Angelique Edmonds called “an absurdity of European law” (Edmonds 2007: 71). When Ngalakgan people went through a land claim to get their land back, they couldn’t claim back this parcel because it was no longer crown land:

Though Urapunga remained a myth, it had legal existence. The squared-off blocks were no longer unalienated crown land in the sense defined under the Land Rights Act so that, almost 100 years to the day that they had been marked on the map, they were excluded from the land available for claim (Morphy and Morphy 2001: 108).

Fortunately this was resolved as Edmonds explains:

The Aboriginal claimants were subsequently granted exclusive Native Title in 2001 (except over some small areas drawn on the map as streets) (Edmonds 2007: 71)

And that's the bizarre story of the 1887 proclamation of the Township of Urapunga, another example of the arrogance of Europeans as they took control of Aboriginal land. Fortunately, the story appears to be nothing but history now...

... Except that its faint gridlines still appear on Google maps.

... And, as Edmonds suggests, some of the streets presumably still exist as non-Aboriginal land.


Morphy, H. (1993). "Colonialism, history and the construction of place: The politics of landscape in Northern Australia." in Landscape: politics and perspectives. Bender, B. (Ed.) Berg Publishers, Providence: 205-243.
Morphy, H & F. Morphy. (2001) "The spirit of the plains kangaroo." in Words for Country: Landscape and Language in Australia. University of New South Wales Press, Sydney: 103-123.