Kevin Rogers talking up strong and the ignorance of Munanga 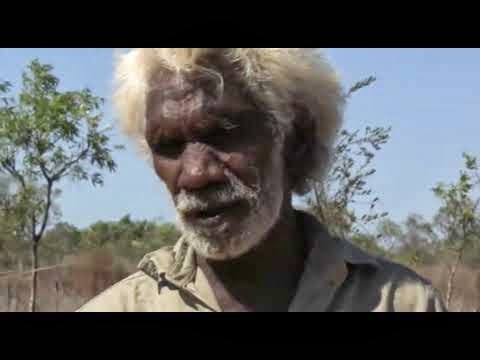 Old Kevin Rogers at Ngukurr is lovely, clever, skinny old man. (Not OLD-old, but old enough for me to call him in 'old man' in that Aboriginal term-of-respect type way). If a Munanga visited Ngukurr today, they might easily overlook him and probably never realise that he is a university graduate and former principal of Ngukurr School.

An article of his, 'Blekbala Kaltja at Ngukurr Community School', was published in 1991 in a volume called "Aboriginal Pedagogy: Aboriginal teachers speak out". It contains this great quote:


Some Munanga working in Aboriginal Education have a one-sided view of curriculum. They feel that Munanga knowledge taught and structured in a Munanga way is more important than Blekbala knowledge. They undervalue Blekbala knowledge and when training Blekbala teachers they try to force them to have a Munanga pedagogy. They understand very little about Blekbala Kaltja and their attitudes of superiority make them oppressors of our culture (Rogers 1991: 149)

When I first lived in Ngukurr in 2004, times were different. It was pre-Intervention. ATSIC had only just been dismantled. School council still had discretionary funding (called ASSPA) and a handful of local qualified teachers still worked there full-time. You needed a permit to visit and the community still ran the local council. Along with that went the regular community meetings where everyone would gather at the council office around a crackly PA and debate whatever issue was the hot topic of that week.

I really feel that thesedays - especially post-Intervention - the idea that remote Aboriginal people have the knowledge and authority to shape and control their own lives is fading among Munanga. The prevailing attitude is increasingly that we know best and that remote Aboriginal people somehow need saving from themselves. In the self-determination era, Munanga tried much harder to simply support Aboriginal people to get to where they wanna be. Now we (Munanga) are much more dictatorial and the wants and desires of Aboriginal people are more easily rendered irrelevant. The problem that old Kevin identifies in his quote above has become much worse.

But I digress somewhat. Going back to Kevin's original point in his quote above - that Munanga undervalue Blekbala Kaltja and our attitudes of superiority make us oppressors - I can recall a perfect example of what he's talking about:

A couple of years ago, I was on a bush trip with old Kevin. He was taking a bunch of Munanga to see some spectacular places. On the trip, he was telling us about what his surname should be, if missionaries hadn't have given his family the surname Rogers. The name was a clan name from Numbulwar area - a long name, I think it was Numamurdirdi. In response, a Munanga who worked full-time for the Education Department (and had been in Ngukurr for a couple of years had opportunity to learn a thing or two), then said something like 'Oh well I'm glad you've got the name Rogers then!'. She thought she was being funny and cute, referring to how intimidating the name 'Numamurdirdi' was to her. But to me it was a perfect example of the ignorance of some (many?) Munanga that old Kevin had written about twenty years earlier.